What does it mean to cultivate a Fail Fast Culture?

What does it mean to cultivate a Fail Fast Culture?Janet SernackNovember 7, 2017August 20, 2019 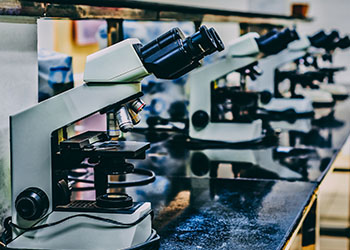 I recently met with a client, who was seeking our ideas, information, and input towards what might be involved in cultivating a fail-fast culture. It was an interesting discovery conversation, causing me to explore what elements need to be in place to create the permission, intentional vulnerability, psychological safety, courage, and trust required for the deep learning’s that mistakes and failures provide in advancing creativity, invention, and innovation? How best can we enable people to overcome their fear of failure? Also asking, how could developing a fail-fast culture help organisations unfreeze, survive, flow and flourish with the current levels of fear, disruption, ambiguity, uncertainty, volatility and instability in the 21st-century organisational environment?

What does fail fast mean in its original context?

In software development, the intention is to discover and detect where a potential problem might occur in the overall process, speed it up and minimize time and costs.  The focus is on iterating and steering the project to success as it develops, rather than creating a lot of software before showing it to the end-user – to minimize the risks involved in their acceptance of it. This enables developers to test their products and get immediate customer feedback, to ensure that what is being developed is in tune and aligned with what customers think they might want, or want.

It is a useful and important agile concept, that allows a developer to reduce the time lag and costs in detecting the opportunity, problem or the failure, and relaying the detection back to the responsible developer to iterate and pivot the next phase of its development.

How can failure be perceived as feedback and learning?

Working this way teaches people the value of developing customer intimacy and an empathic understanding as to what constitutes value in their eyes. It is an ongoing learning process where feedback, whether positive or negative, enables people to adapt, respond and improve quickly.

Learning from this agile way of working, it is one way of taking the “emotional heat” out of “failure” as an emotional reaction, visceral experience and perpetration against someone.

Because “Failure is always a demoralizing and upsetting experience”. So people avoid experiencing it by never committing to goals, taking risks, in case they make a mistake or fail to achieve it.

There is an opportunity to potentially re-frame failure as “feedback” and as a “learning process.” To enable people and organizations to iterate, pivot and continuously improve through intentional behaviour, system and artifact change – in ways that provide increased value that people and customers appreciate and cherish.

What is the scientific rationale for failure?

Scientists operate under the basic and rational principles that get things right by analyzing what went wrong.

Stuart Firestein, in his book “Failure: Why Science Is So Successful” states that:

“Virtually all of science is a failure that is an end in itself. This is because scientific discoveries and facts are provisional. Science is constantly being revised. It may be successful for a time; it may remain successful even after it has been shown to be wrong in some essential way. That may seem strange, but good science is rarely completely wrong, just as it is never really completely right. The process is iterative. We, scientists, hop from failure to failure, happy with the interim results because they work so well and often are pretty close to the real thing”.

What gets in the way of people applying this rationale?

Growing up in western civil societies and school systems, we learn to fear failure and see failure as a mistake, as a shortcoming, stupidity or imperfection that we are responsible for and ashamed about. We often feel that we must make excuses about it and apologize for it.  In fact, we live in a world where governments fail, relationships fail, businesses fail – so none of these failures are a cause for celebration, they are merely signs of ideas in progress.

According to Ed Catmull, president of Pixar and Disney Animation; “Mistakes aren’t a necessary evil. They aren’t evil at all. They are the inevitable consequence of doing something new (and as such, should be valuable; without them, we’d have no originality).”

When we fail, we unconsciously sink into a series of reactive responses, that engage us neurologically and emotionally resulting in a range of irrational cognitive (thinking and feeling) distortions, which usually involve disappointment, confusion, and shame.

We then move away from and avoid solving the problem because of these pervasive un-resourceful states and act defensively, which usually involves laying blame, making justifications, excuses, and operating from denial.

The very opposite of what most scientists are programmed to do, which is to get things right by analyzing what went wrong!

This is often a very useful iterative process, and according to Ed Catmull, who has failed more times than we can imagine, it’s important; “To disentangle the good and the bad parts of failure, we have to recognize both the pain and the benefit of the resulting growth.”

When we are made to feel (by our own internal processing or externally by others) “wrong” we know that we both self-judge and that others will make a judgement about us.  Because many of us are concerned about how others see and approve of us and like to compare ourselves to and please others.

When we find ourselves being judged in this way, especially for making any kind of mistake, that people make an unfair and often generalized and distorted assessment of us and then delete all our other abilities. This does not create the psychological safety required to question or challenge ourselves or others in their assessment of us, so we often react by simply disengaging from the conversation, interaction or relationship.

Being judged questions and invalidates our competence “I/you screwed up” voids our confidence “I/you just don’t have it in me/ you” and minimizes our capacity to successfully complete the job or task at hand “I/you am/are a wimp”.

This affects us deeply and in effect, we “be-come” the failure, feel violated, disappointed ashamed and fearful of its punitive consequences; being fired, disregarded for promotions and special projects or being required to take the blame and “fall on your sword”.

How can we start to allow failure to be-come the “norm”?

As Ed Catmull says; “If you create a fearless culture (or as fearless as human nature will allow) people will be much less hesitant to explore new areas, identifying uncharted pathways and then charging down them. They will also begin to see the upside of decisiveness; The time they’ve saved by not gnashing their teeth about whether they’re on the right course comes in handy when they hit a dead end and need to reboot.”

Creating this type of culture requires boldness, courage, commitment, and determination by the Board and the Executive Team to frame and lead the way forward, and push the envelope towards the desired positive future state.

At Pixar, “failure is a manifestation of learning and exploration” in fact, “if you aren’t experiencing failure, then you are making a far worse mistake: you are being driven by a desire to avoid it/ And for leaders, especially, this strategy-trying to avoid failure by outthinking it- dooms you to fail”.

It involves investing in a longer-term, strategic and systemic perspective of the organization, that inspires, motivates and pulls people towards and creatively engages them in co-creating the psychological safety and a desirable future that maximizes the possibility of making them, and their customers world a better place.

The focus is to then be willing to uncouple their own fears of failure and risk adversity. By developing self-awareness, self-mastery, and the psychological safety to confidently, empathically and authentically lead the desired changes and “create an environment in which making mistakes doesn’t strike terror” into people’s hearts and minds.

It is then possible to teach and coach others how to uncouple their fears towards failure and its negative consequences, to support and enable people to “normalize” failure and develop psychological safety by;

Doing this builds psychological safety, where people’s trust, receptivity, curiosity, participation towards taking responsibility for developing a “fail fast” culture, to lead people in the imagination age, and develop the innovation agility to birth it, operate and sustain it successfully.

This is the first of a series of 3 blogs, by Janet Sernack, on cultivating a fail-fast culture.

At ImagineNation™ we provide innovation coaching, education and culture consulting to help businesses achieve their innovation goals. Because we have done most of the learning and actioning of new hybrid mindsets, behaviors, and skill-sets already, we can help your businesses also do this by opening people up to their innovation potential.

Find out about The Coach for Innovators Certified Program, a collaborative, intimate & deep personalized learning program, supported by a global group of peers over 8-weeks, starting October 22, 2019. It is a deep blended learning program that will give you a deep understanding of the language, principles & applications of a human-centered approach to innovation, within your unique context. Find out more.

Search
FOLLOW US
CATEGORIES
The future belongs to those who believe in the beauty of their dreams. Check our Startup game

Enhance your ability to adapt, grow and compete in the Digital Age. Purchase the Coach for Innovators Certified program
RELATED POSTS
LEADING AND MANAGING HUMAN TRANSITIONS THROUGH DISRUPTION AND ADVERSITYJanet SernackJuly 6, 2020July 6, 2020 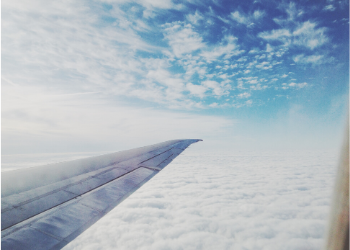 July 6, 2020July 6, 2020|BY Janet SernackLEADING AND MANAGING HUMAN TRANSITIONS THROUGH DISRUPTION AND ADVERSITY

Connecting with a diverse range of my coaching and consulting clients over the past few... 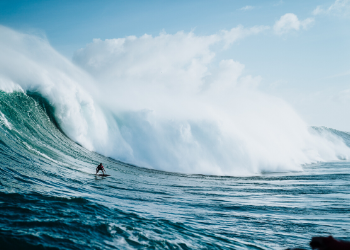 Being born and raised in Sydney, Australia, family trips to Bondi Beach, to enjoy the... 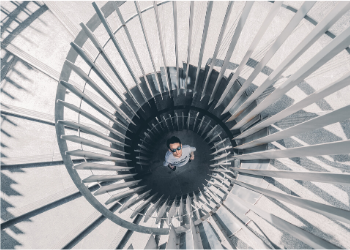 May 3, 2020May 3, 2020|BY Janet SernackMANAGING AND SHIFTING A BREAKTHROUGH MINDSET

A recent article in Forbes Magazine stated that “research scientists have long said every thought...